When one thinks of Cape Cod, beaches, sail boats and quaint cottages usually come to mind…unless you grew up there like me, then you think of catnip smoking, Robitussin-chugging derelicts who steal used cars as a method to curb boredom. In either case, Cold War spy barracks usually doesn’t come to mind.

Radar station (aka spy tower) still in use by the FAA today. Wave to Big Brother everyone!

The North Truro Air Force Station was one of the first of twenty-four stations of the Air Defense Command radar network – which was a network essentially created to spy on the Soviet Union immediately after they tested their first atomic bomb. In 1948, the Air Force began construction on these sites around the periphery of the United States, with North Truro AFS being completed in 1951.

END_OF_DOCUMENT_TOKEN_TO_BE_REPLACED

After carefully making our precarious 5 mile exit from Nutallburg, the next stop on our  West Virginia ghost town tour was Thurmond – aka the place that seemed like the easiest to find out of the multitude of dubiously mapped options. 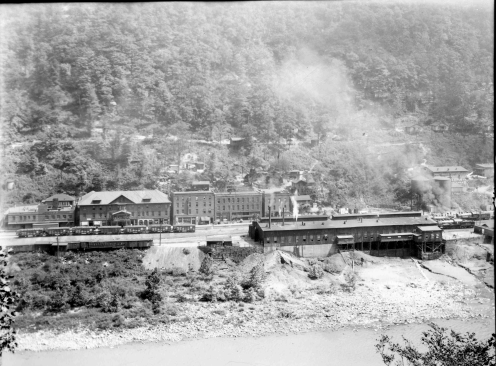 Thurmond during a more bustling time.

Unlike Nutallburg, Thurmond was bustling epicenter of train travel and commerce, seeing more transportation of coal, rather than the manufacturing of it. Formally incorporated in 1900, the town was named for Confederate Captain William Thurmond, who was offered 73 acres of land along the river as a good will gesture for just $20. The C&O railroad was routed through the area shortly after, but the town was slow to grow with only one house constructed at the time. It was not until Thomas G. McKell of neighboring Glen Jean negotiated with the railroad for a branch up Dunloup Creek, that Thurmond became the boom town it was known to be, with the line becoming one of the railroad’s busiest branches. Despite this growth of business for both parties, McKell and Thurmond became bitter enemies.

END_OF_DOCUMENT_TOKEN_TO_BE_REPLACED

New River Gorge runs through the middle of West Virginia, and during the Industrial Period, more than fifty mining towns sprang up in the wilderness surrounding the river due to coal mining interests. Inhabited by several thousands of people, the area began to flourish after the completion of the Chesapeake & Ohio railroad line, which not only provided faster travel between the Atlantic Coast and the Ohio River Valley, but also led to fast coal transportation through the gorge, thus encouraging the local mines in the New River Coal Field to open shortly after. In 1888, it was estimated that the area was producing 1.5 million tons of coal. However, the gorge’s steep slopes and its narrow width made for a low return on investment, eventually slowing business and, starting in the 1930s, causing closure of many of the mines and forcing people to abandon the towns. END_OF_DOCUMENT_TOKEN_TO_BE_REPLACED