New River Gorge runs through the middle of West Virginia, and during the Industrial Period, more than fifty mining towns sprang up in the wilderness surrounding the river due to coal mining interests. Inhabited by several thousands of people, the area began to flourish after the completion of the Chesapeake & Ohio railroad line, which not only provided faster travel between the Atlantic Coast and the Ohio River Valley, but also led to fast coal transportation through the gorge, thus encouraging the local mines in the New River Coal Field to open shortly after. In 1888, it was estimated that the area was producing 1.5 million tons of coal. However, the gorge’s steep slopes and its narrow width made for a low return on investment, eventually slowing business and, starting in the 1930s, causing closure of many of the mines and forcing people to abandon the towns. END_OF_DOCUMENT_TOKEN_TO_BE_REPLACED 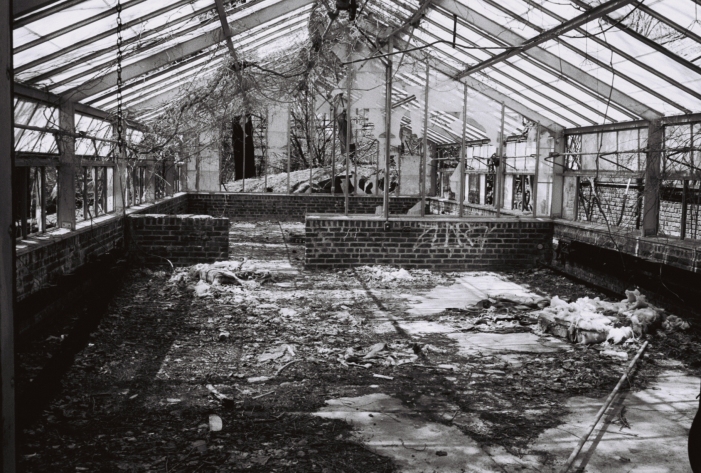 The Boyce Thompson Institute is one of less menacing places I’ve visited. Located in an barren industrial park in Yonkers, with an Applebee’s directly across the way, this abandoned botany institute has been left alone for years, with the city hoping that some derelict will burn it down so they do not have to pay money to either raze or develop it (or so I’ve been told). The institute was initially founded by copper magnate William Boyce Thompson. The land was purchased in the early 1900s with the intent of building a summer home upon it (His Alder Manor still sits across the street from the institute. This, however, was purchased and renovated, now a prominent wedding venue). In 1917, Thomspson went to Russia with the Red Cross – a mission sent by President Woodrow Wilson to keep Russia in World War I and to encourage the formation of democratic governments (all under the guise of a relief mission, of course). With the Tsarist Monarchy recently overthrown in the Russian Revolution of 1917, the city lay in a state of poverty. Citizens were deprived of the basic human necessities, living in the streets, and slowly starving to death as a revolution tore cities apart around them. Deeply moved by what he saw, Thompson returned with a new mission: to help the needy in his own home by finding a sustainable food supply – and thus set out to build a horticulture institute on his remaining land.

END_OF_DOCUMENT_TOKEN_TO_BE_REPLACED

The first thing you notice as you enter the winding back roads to the Land of Oz theme park is the loss of cell phone service. This ceases to be a concern once you notice the second thing, which are patches of yellow brick road letting you know that you’re headed in the right direction. Tucked away in the ski resort town of Beech Mountain, NC, the area is dotted by rental homes and the aforementioned signature bricks. We made the trip during the off season, so these houses, as far as we could tell, were empty. It was also extremely foggy, with maybe ten feet of driving visibility. The mood was appropriately set when we rounded a corner and were greeted by this:

Welcome to Oz, only one town away from Silent Hill

END_OF_DOCUMENT_TOKEN_TO_BE_REPLACED 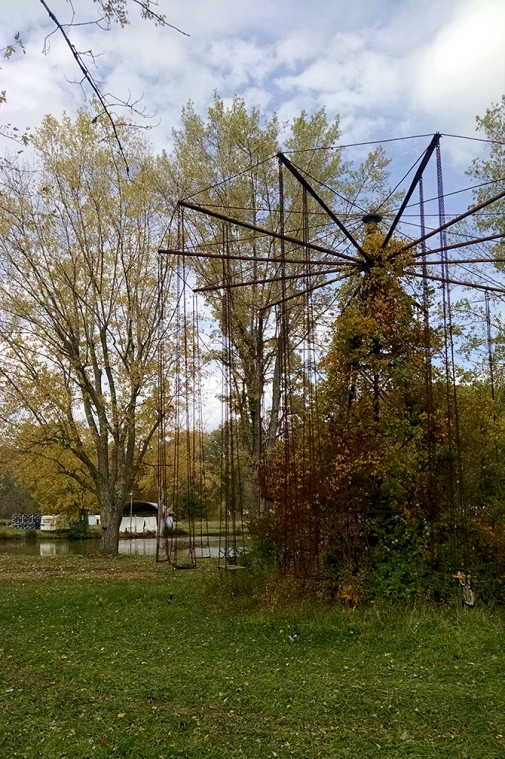 Sometime last year, around late summer or early fall the abandoned Shawnee Lake Amusement Park was getting a lot of play on various social media outlets, and probably Buzzfeed, because those two seem to go hand-in-hand these days. I saw a lot of posts from people saying, “Aw man! I wish I could go to that!” or tagging friends saying, “Let’s go!” I had been dating my not-yet-boyfriend for almost two months, and had already dragged him to two abandoned sites, so I figured it was time to take the next step in our relationship: a four day roadtrip to see dirt and debris of forgotten lands. So, rather than posting on Facebook, we hopped in a rental car and hit the road.

Lake Shawnee, located in Princeton, West Virginia, and has been abandoned since 1966 and has quite the torrid past. Originally, it was the location for an Native American burial ground. In 1783, the site was desecrated by the Mitchell Clay settlers, when they decided that the burial ground was the perfect location for their farm, also making them the first white settlement in the county. Shortly after the family settled, a band of 11 Shawnee Indians attacked two of the sons while they were working outside. One of the sons, Bartley, was shot and killed. Tabitha, one of the daughters, ran to see what was happening, and also was stabbed and killed when she tried to attack one of the Shawnees (bad move, kid). After the two children were scalped and left for their mother to find their lifeless bodies, the other son, Ezekiel, was taken hostage by the group, where they tortured him and eventually burned him at the stake.

END_OF_DOCUMENT_TOKEN_TO_BE_REPLACED

Originally, on this outing, I had planned to go to the Bennet School for Girls in Millbrook, NY, a stunning old wooden structure built in the Victorian Era. Much to my displeasure, a brand new chain link fence with barbed wire had recently been erected around it, with signs threatening arrest. The most off-putting of all was that this was located in the middle of a housing tract where all of the residents appeared to keep a very close eye on the property. Every time we drove through someone was always watching. We parked the car to have a closer look, and people from a near by building stuck their heads out, and made sure we noticed that we were being watched. Sadly, it looks like the Bennet School is being chalked up as a loss for all future urban explorers.

No Bennet School for us. *tears*

Not wanting to waste this trip, I checked in with my Google Doc (I keep a document with all of the abandoned places I want to visit, categorized by the area they are located. Hi – I’m a nerd), and saw that the Hudson River State Hospital was just a quick drive down the road. Trip saved!